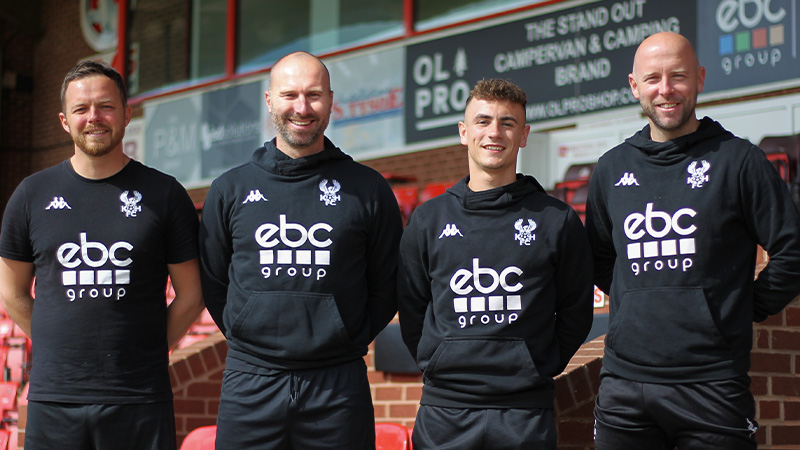 The 18-year-old has made great strides as part of the Kidderminster Harrier’s Academy over the last two years, and linked up with the first team for last season’s pre-season campaign.

He enjoyed an impressive 2021/22 season with the Academy, playing regularly and scoring goals for the senior teams there, as well as featuring for the first team on the bench in some big FA Cup matches. Tolley also grabbed 30 minutes from the bench in the league fixture at Leamington earlier this month.

He’s now followed in the footsteps of many Academy players before him in signing a first professional deal which, subject to National League and FA confirmation, keeps him at Aggborough as a member of Russ Penn’s squad for 2022/23.

Penn said: “I am really looking forward to working with Jack.

“He had an explosive start to pre-season last year… he has trained with us for the majority of the season and has improved.

“He is another one on the conveyor belt of from the Academy.. he deserves it and it is up to him to him now to gain a first eleven spot and be proactive in his career.”

To find out more about the Kidderminster Harries Academy and details on the course please visit: Centre of Sporting Excellence – Kidderminster College