Following months of planning, FSB delivered its first ever National Local Authority Awards, supported by Kidderminster College and streamed to over 250 local authorities across England from DRPG studios in Hartlebury.

As part of the project, a shadow production team made up of Kidderminster College students was established, each of whom gained invaluable work experience in planning, audition and delivery of the live streamed event. Our students weren’t the only ones involved, as our very own Principal Cat Lewis made a guest appearance in the production, sharing her expertise on LSIPs as part of the ‘Future Ready’ discussion panel. Although unable to attend on the day, special thanks must go to FSB member, DRPG CEO and Kidderminster College board member Dale Parmenter for his contribution to the event.

The event was then followed by a round table, hosted at Kidderminster College which was led by the National Chair of FSB, Martin McTague and attended by business leaders from across the region.

The project was a resounding success for all involved and has already led to some really positive discussions with the businesses that attended, all of whom have given extremely positive feedback on both our students and Principal. The event also demonstrated how by speaking with one voice, NCG is now at the forefront of the skills agenda, meeting local economic need but with a national impact. 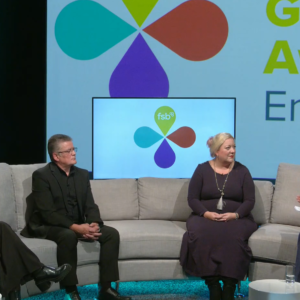 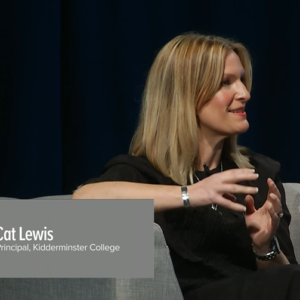