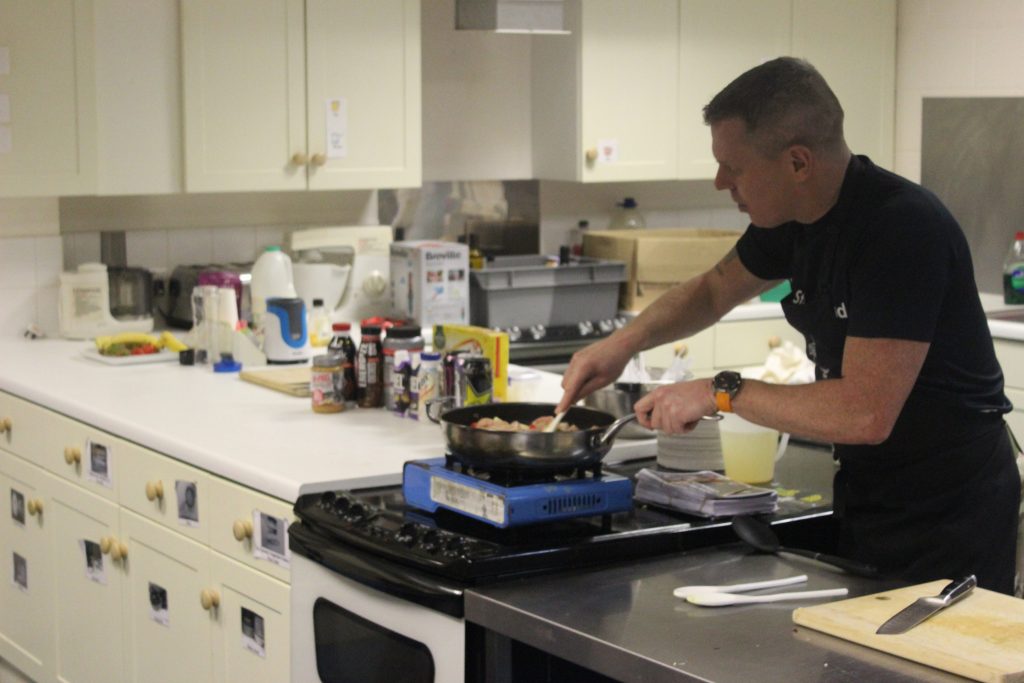 Speaking about the importance of nutrition and exercise,  CSgt Beaton gave several cooking demonstrations, saying that to understand and gain a knowledge of cooking healthy meals is a  foundation stone for a healthy lifestyle and a physically demanding career. 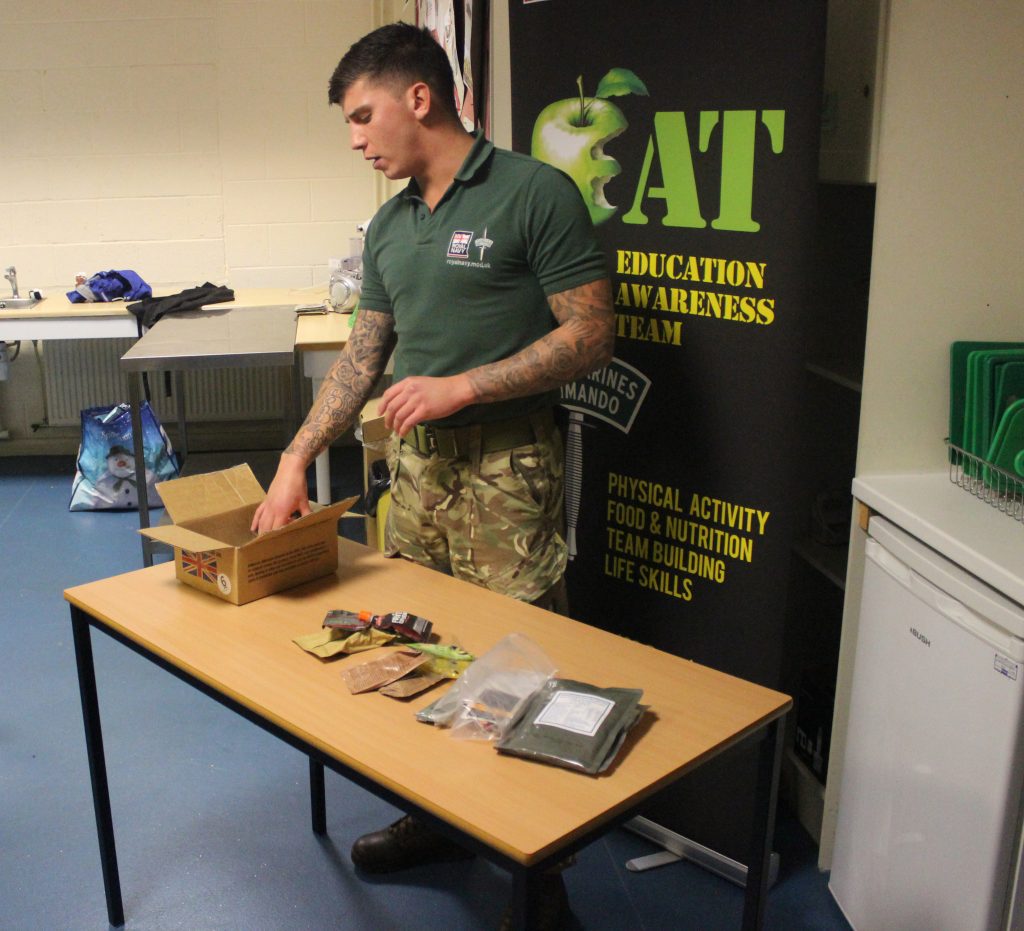 One of the fundamental tenets of the Royal Marine Recruiting strategy is to improve, maintain and develop access into the University/College/School Community thus creating opportunities to impart information about RN/RM careers opportunities to our target audience. Quite clearly, in an ever more challenging recruiting environment, close interaction with students is essential and contributing to the educational programme through the development of “life skills” and career awareness this should develop a more positive and closer relationship between the Royal Navy/Royal Marines, the students and lectures alike.

In an age where we consume too much sugar and salt and don’t have nutritional know-how readily available, E.A.T aim to not only educate but to highlight the importance of a healthy diet, particularly within a role in the armed forces. CSGT (Colour Sergeant) Mike Beaton– It’s been a great couple of days spent with Public Services, Sport, and Health And Social Care, the students here have all responded incredibly to my talk concerning nutrition and the potential career paths they could take in the armed forces. They have really taken everything on board. I have really enjoyed my time here at KC! 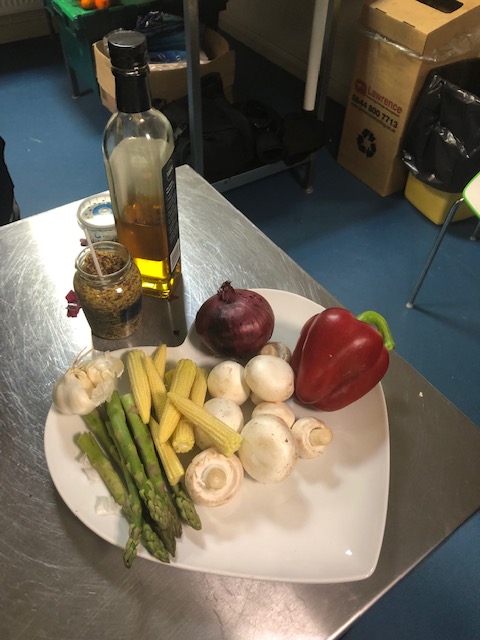 SOME BACK STORY ON CSGT BEATON

A self motivated, determined, enthusiastic Royal Marine who has served around the globe since 1988 bring peace to our world. Operational tours of duty include serving on the grim sectarian streets of Northern Ireland, to the hot humid evil jungles of Serra Leona, I have faced many tasks as a serving marine. One of the highlights in my 26 years of service was being in a privileged position to take young men through Royal Marine Training which is known through out the world to be the toughest most extreme basic training there is.

During my time in Commando units I found myself indulging in endurance sport, this then became a hobby which grew out of control.

Seven G.B. vests have been worn at the World Long Course Triathlon Championships, from Japan to Denmark, Switzerland to France and all this has been achieved whilst on tours of duty within the Royal Marines. Ten Ironman’s later is now time to really challenge myself and this was achieved at the Double Ironman World Championships USA. Swim 5 miles, Bike 224 miles and finish with a double marathon all done back to back. First out of the water, a long day in the saddle saw me now in 10th position I battled back while hallucinating during the run to clinch 3rd place in a time of 28hrs.

Six months later and swearing blind I would never do another endurance event I was on the start line for the Verdon Gorge 3 day multi run in South of France. In extreme heat but with stunning scenery and at times climbing on all fours out of the gorge I achieved 9th position after 100 miles. 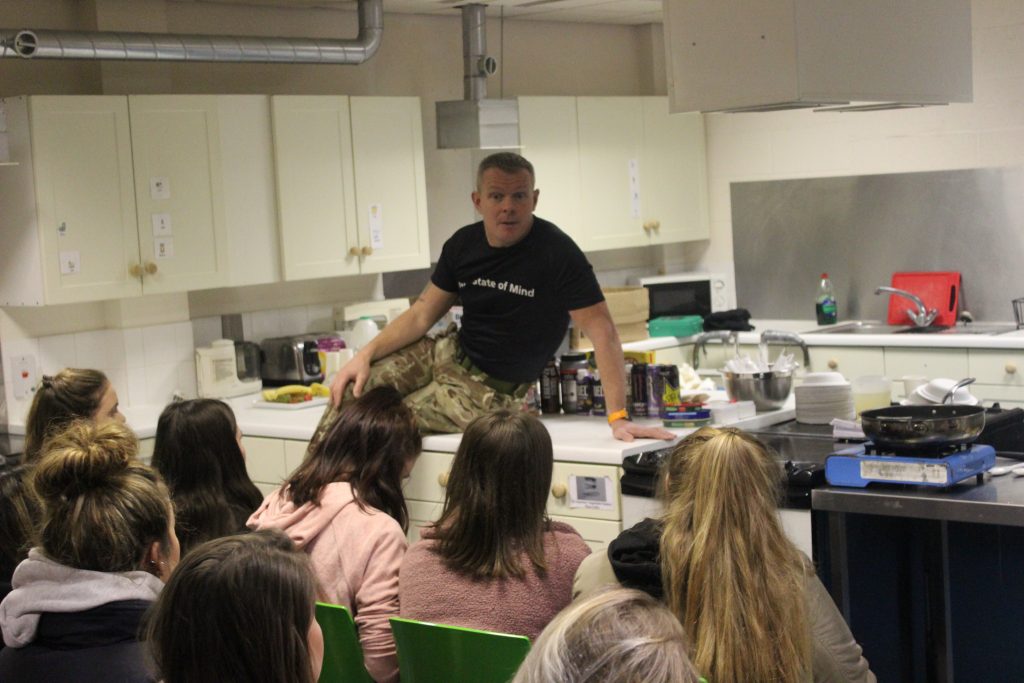 To keep up with CSgt Beaton, check out his Twitter Page :- COMMANDO CHEF

Thanks again for coming along and chatting to us, hope to see you again soon!