Twang members Phil and Jon were students on Music Technology course and went onto chart success in their band ‘The Twang’ when their single ‘Wide Awake’ went to number 3 in the charts and their 1st album reached the UK top twenty.

They have since established themselves as one of the leading UK bands working at the moment.

The Twang are an indie rock band from Birmingham, England, formed in 2004. The band have released four studio albums – Love It When I Feel Like This (2007), Jewellery Quarter (2009), 10:20 (2012) and NEONTWANG (2014) Comprising vocalist and guitarist Phil Etheridge, bassist Jon Watkin, vocalist Martin Saunders, guitarist Stu Hartland and drummer Matty Clinton, the band garnered national acclaim when the influential NME magazine produced an article on music acts in the West Midlands.

Check out some of their work below: 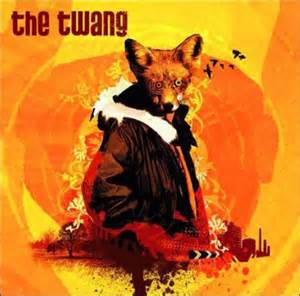 Catch up with former KC Games Design student Hazel and check out what she's been up to since leaving #TeamKC >>>… https://t.co/38r9ilLry2

Have you read our latest KC Successes interview with Joe? From an Apprenticeship to a full time role, we're dead pr… https://t.co/SSvzSea03W

Have you checked out our #TeamKC2020 Award winner Ben? Head over to our website to read our interview with him! Con… https://t.co/HpkqeoCHC3