Sunjay Brayne is rapidly developing into one of the best young solo performers on the English acoustic scene. Aged just 18 his performances have been described as ‘mature & confident’, while his guitar playing has been hailed as ‘superb, brilliant,
experienced, intricate & faultless.’ Now a nominee for the prestigious BBC Radio 2 Young Folk Awards 2012, Sunjay is the first Anglo-Indian to emerge as a major talent since Hamich Imlach & Gerry Lockran in the 1960s.

Born in Derby and raised in the West Midlands, Sunjay began playing guitar aged just 4. His early influences were the likes of Buddy Holly & Don McLean. “My dad was my first teacher, he taught me the stuff that he liked, so that included everything from folk to rock ‘n’ roll. After I got good at changing between chords my dad said, “Sunjay, you have to sing too”. I said “That’s easy!” Then I found out how many verses there are to American Pie…”

“Dad really encouraged my desire to be a musician. By the time I was 14 I had seen and met Ralph McTell, Derek Brimstone, Paul Downes and Steve Tilston – some of the best that the folk scene has to offer.” These early influences paved the way for Sunjay, but it wasn’t until he found the music of Roger Brooks and Chris Smither that he found his niche. “Roger was a brilliant singer, songwriter & guitarist, who died at the age of 52. It seemed so sad that his work was getting forgotten, so I decided to learn all of his songs and arrangements. I felt completely honoured when recently an old friend and fan of Roger Brooks heard my version of Roger’s pièce de resistance ‘Street Riot’, and told me that they thought I played the song as well as Roger himself! I discovered Chris Smither’s music fairly recently. The first song I ever heard him play was ‘Love You Like A Man’ I remember thinking, Wow! That is exactly what I want to do! Chris really has the whole package: witty lyrics, combined with intricate guitar work and the most emotive voice I’ve ever heard.”

Sunjay’s debut CD ‘Seems So Real’ is a mixture of blues, folk and popular music. It was released a month prior to his success at the BBC Young Folk Award Semi-Finals. Recorded in a single day, the album reflects Sunjay’s virtuosity perfectly. One man, one guitar, and each track recorded live without overdubbing, apart from the title track. As you would expect from an album made in this way, it has a raw quality – raw talent in the purest form. “Many people have said to me they have put the CD in their car’s CD player and not taken it out since. I hope they never do…” 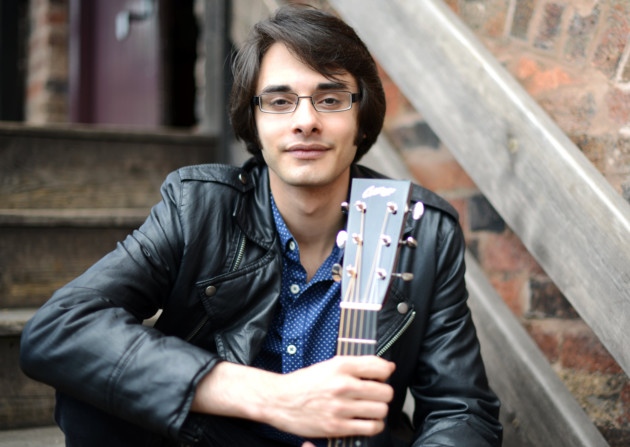