Prior to becoming a Holistic Therapist, Louis trained as a dancer at Kidderminster College and at De Montfort University Leicester obtaining a BA Hons Degree in Dance. After landing a job as an entertainer for Thomson Holidays Louis worked in hotels overseas.

Back in the UK Louis worked for Marks and Spencer as a Section Manager. Not content with this line of work he returned to college in 2012 and trained as a personal trainer and sports massage therapist as he had previously got licensed as a Zumba Instructor. It was during this course that he developed a passion for massage and being holistically and spiritually minded he returned the following year and enrolled on the Complementary Therapy Course. During this time, he also obtained his Reiki Masters and Lava Shell massage certificates.

Since leaving college, Louis set up his own business, Chi-Ki Monkey Fitness & Wellbeing, and worked from a Physiotherapist practice as a self-employed complementary therapist, also instructing Zumba classes in the community and local gyms. It was during this time that, using his knowledge gained during the course, he also got a job as Beauty Advisor at Marks & Spencer.

Since he has also obtained certificates in Crystal Healing, Ear Acupuncture and Hopi Ear Candle Therapy and in 2016 he was accepted into the Federation of Holistic Therapists and is part of the therapy review panel for “Happiful” Magazine.

In 2016 he left the Physiotherapist practise and Marks and Spencer and moved to his own premises based in The Mercure Hotel Health Club where he is still running from today. It is here that he recently launched his Reiki training school which to date has 11 students in total.

Using his knowledge obtained during the course Louis also makes and sells his own aromatherapy products.

Louis is currently studying for a diploma in Herbalism and Iridology. 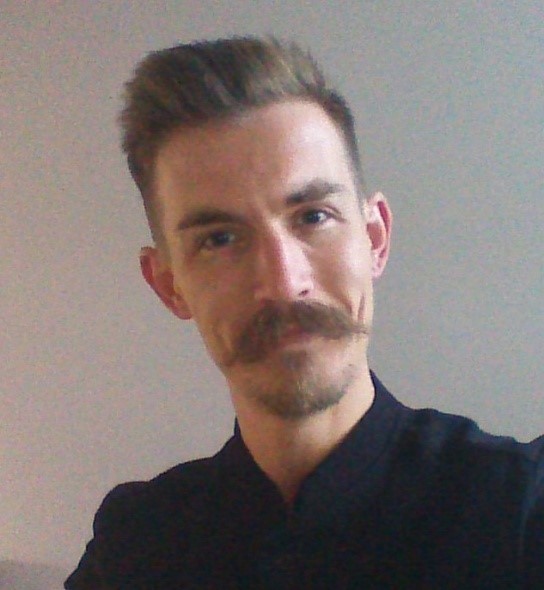