Music Technology student Jack Salter has landed a recording deal with a major european record label and has been featured on Radio 1. With his songwriting and performing partner Ellisha Green they are known as Dark Before Dawn and all their songs were recorded at Kidderminster College by Jack.

Jack said: “By studying Music Technology at Kidderminster College, I understand how to record, mix and master my own songs.  I have learnt so much and I am really grateful for all the course has done for me.” 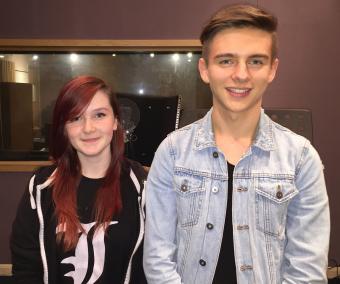