Corey Bastable is employed by Phosters (FM), A Facility Management company, beginning his career as a Business Administration Apprentice.

Corey chose the apprenticeship route through Kidderminster College, as he wanted to start work straight after taking his GCSEs at Stourport High School. During his time as an apprentice, Corey was able to work in different departments to give him a good insight into the company and to identify his strengths. On completion of his apprenticeship Corey was offered the position of I.T. and Fleet Assistant.

Corey said: “I really enjoy my role as I.T. and Fleet Assistant. I look after the computers, set up new phones and computers for the new starts, order vehicles and sign them out and organise the vehicle maintenance. In addition the company has put me through a PAT testing Qualification and I now PAT test all electrical equipment. I like being independent and working, and just after turning 17, I also passed my driving test.”

Phosters (FM) relocated to Kidderminster and as an expanding company, needed new staff. HR Manager, Alex Taylor says, “We looked into apprenticeships, as Facility Management is a business many young people would be not be aware of, so we would be able to mould an apprentice from scratch, training them within the business.”

“Corey has made excellent progress, completing his apprenticeship and gaining a full time permanent position with us. It has been a delight to see him develop from a shy young school leaver into a confident employee who does everything we ask professionally. Although our apprentices were the most inexperienced when they started with us, they have developed into some of the most skilled and valued members of staff we have.”

Phosters (FM) are one of thousands of companies who choose to take on apprentices, providing them with opportunities to grow their business, tailoring training to their own company’s needs and requirements. 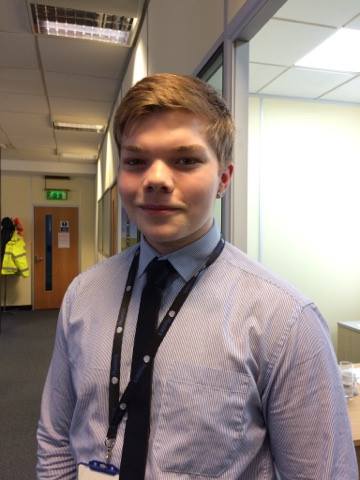